Packing list for Volcanoes National Park Safari is the set of requirements that one should personally carry to the park premises before they start any park activities. Volcanoes national park has gained popularity for housing half of the world’s remaining mountain gorillas in the world that you while get to see when you participate in the Rwanda gorilla tours. However, there is more to the park than gorilla trekking this is because there are other activities in Volcanoes National Park that can be carried out for you to have an amazing time while in the park. 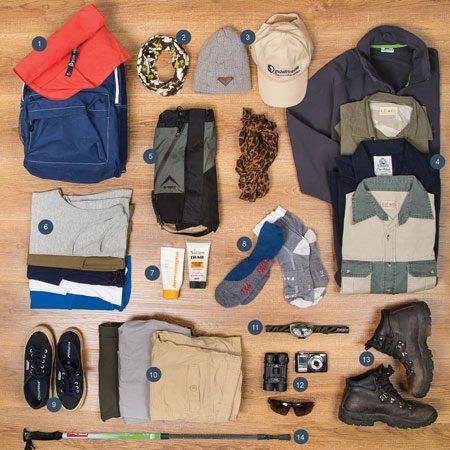 Some of the other activities that can be carried out in Park like birding in Volcanoes National Park where you will get to see a number of bird species like; the Rwenzori Turaco, Crowned hornbill, Black Kite, dusk turtle dove, Moorland chat, blue flycatcher, lagden’s Bush-Shrike making it the ultimate birding destination, golden monkey trekking, hiking Dian Fossey’s grave, Virunga mountains hike, cultural encounters in Volcanoes National park where you will visit the Ibyiwacu village where you will get to participate in a number of activities and get to know more about the history of Rwanda by participating in a number of activities like banana local beer making, cultural dances, local dishes among other activities in the park.