Home to the big five

While in Rwanda, if you are interested in seeing all the big five animals in the same place, Akagera national park is the place to be because, among all the national parks in Rwanda that is Volcanoes national park, Nyungwe national park, you can only find all the big 5 in Akagera National Park. The big five animals that can be seen during the different activities in the park like the game drives include the buffalo, lion, leopard, rhinos and the elephants that will be seen in both the morning game drives where you will see the rhinos, elephants grazing in the grassland or near the water sources like lake Ihema quenching their thirst and during the nocturnal game drives where you can see the carnivores in the park like the leopards and the lions hunting for prey which is so fascinating to see while in the park.

Among the different birding destinations in Rwanda, Akagera National Park is the ideal birding destination that a tourist can visit to have an a amazing experience while in the country.  There are different spots in the park where birding can be carried out and it is a guarantee that during your birding experience in Akagera National Park, you will have a chance of seeing 100 different bird species every day or more during your safari which is quite a good number compared to other destinations where you can see 30 bird species daily. The different bird species can be seen around the water bodies like Lake Shakani and Lake Ihema, Akagera River, the swamps, in the grasslands, thickets and shrubs in the park include; African kingfisher, African sacred ibis, pied crow, bee-eater, sea eagle, circinae, pipits, cattle egret, yellow billed stork, weavers, long claw, blue turaco, Ross’s turaco, coqui Francolin, long-tailed cisticola, bubbling cisticola, Miombo wren warbler among other bird species making birding in akagera national park memorable.

A number of engaging activities

Another reason why you should visit Akagera National Park is the fact that there are a number of activities that you will find engaging and thrilling while in the park and some of these include;

Game drives: During the different game drives in the park, you will have the opportunity of seeing different animal species in the park. the park is blessed with a number of mammal species like the herbivores, for instance, the topis, bushbucks, waterbucks, impalas, elephants zebras among others, amphibians, fish and reptile species like the chameleons, Nile crocodiles, Nile tilapia and so on. Carnivores like the leopard, lions hyenas that can also be seen in the park

Another rewarding activity that should be among the reasons you should visit Rwanda is fishing in akagera national park where you will have the opportunity of catching different fish types while in the park. fishing in Akagera National Park is carried out on lake Ihema where you will catch different fish types like Nile tilapia, blue tilapia, Nile perch, catfish, mudfish among other fish types and interesting about the activity is the fact that you will get to keep a fish as a reward which you can take back to your hotel for preparation. During sport fishing in the park, you can see different waterbird species like; African kingfisher, African sacred ibis, pied crow, bee-eater, sea eagle, circinae, pipits, cattle egret, yellow billed stork, weavers, long claw and much more many the activity more rewarding. 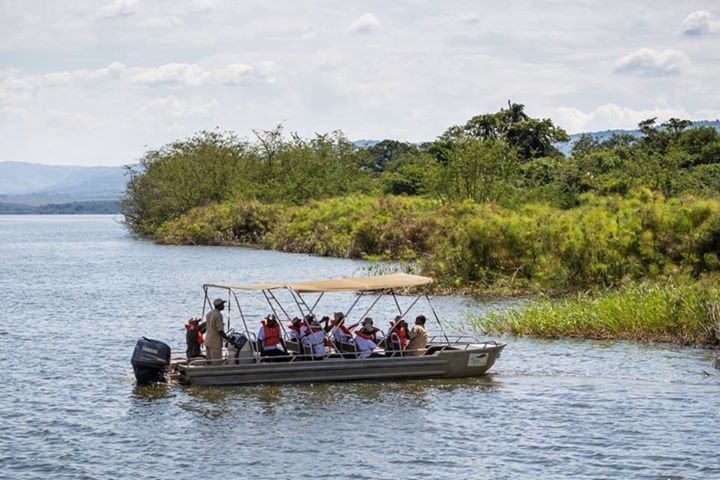 The boat cruise is another reason why you should visit Akagera National park because of the memorable experience it offers. During the boat cruise, you will get to see a number of water birds, you will see the sunset which is one of the most spectacular views in the park. you will also see a number of animal species grazing in the grasslands, crocodiles eagerly waiting for prey, herbivores quenching their thirst from the waters of the lake Ihema which is such a rewarding activity.

The park has a number of knowledgeable guides who will take you through your activities in the park to ensure that you have memorable experiences while on your akagera national park safari. There are different well-trained guides in the park that specialize in different fields for instance birding, nature among other fields whereby they will give you all the relevant information depending on the activity you participate in. For example, a birding guide will help you in identifying the different bird species n the park that you don’t know and their relevant information which will enable you have an amazing experience in the park because they will be able to help you where need be as they guide you through the different activities in the park.

Safety of the park

The safety of akagera national park is another reason why you should visit the park and participate in a number of activities where you will have amazing experiences. The safety of Rwanda has encouraged many people to visit the country because of the safety of the different tourism destinations in the country including Akagera National Park. Akagera national park has a number of safety precautions that it exercises in order to avoid any accidents and harm inflicted on people.