Home » Reasons why you should visit Volcanoes National Park

Reasons why you should visit Volcanoes National Park

Reasons why you should visit Volcanoes National Park give the main features and attractions that will grab your attention to visit the park. Volcanoes National Park is famous for half of the World’s remaining mountain gorillas and the golden monkeys but there is much more in the park that will attract tourists to visit the park in the country. Located in the Kinigi, Ruhengeri district another important district that can be visited during the Rwanda city tours. The park offers the most amazing experiences with the numerous attractions that can be seen and the activities that can be participated during their Rwanda Tour which will ensure that you have a fun filled adventure. There are many reasons why a tourist should visit volcanoes National Park but some of the most interesting and captivating reasons that can attract you to visit the park include the following; 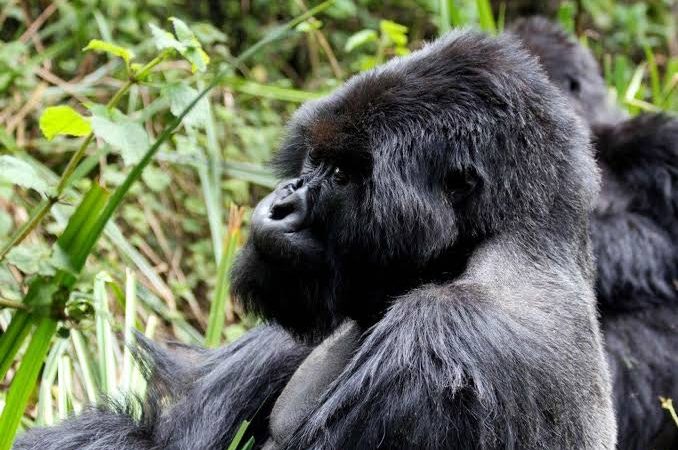 Home to the endangered gorillas

Volcanoes national park is one of the few parks with the world’s remaining mountain gorilla species making it the perfect destination to carry out Rwanda gorilla tours where you will have amazing experiences while carrying out gorilla trekking in Rwanda. Other areas where you can find the mountain gorilla species include Mgahinga national park, Bwindi impenetrable national park and Virunga national park, but in spite the fact that you can find the gorilla species, volcanoes national park’s gorilla experience is quite unmatched because of the amazing views you get to see while hiking the virunga mountains in order to access the different Rwanda gorilla families, a number of attractions like the golden monkeys, black and white colobus monkeys, vervet monkeys, mona monkeys, red-tailed monkeys among other attractions.

Home to the golden monkeys

Volcanoes National Park is a home to five of the 8 virunga mountains namely; Mount Sabyinyo, Mount Karisimbi, Mount Gahinga, Mount Bisoke, Mount Muhabura. Among the national parks that share the Virunga Mountains like Uganda and Congo where you will find mount Nyiragongo which has the world’s largest lava lake Mount Mikeno and Mount Nyamuragira volcanoes national park has the most volcanoes with the most interesting views and high numbers of attractions while on the virunga mountains hike in the park you will get to see attractions like the Karisoke research, Dian Fossey’s grave, the twin lakes of Burera and Ruhondo among other interesting and engaging attractions to make your volcanoes national park tour memorable.

Volcanoes national park offers exceptional views during your tour in the park. The exceptional views in the park are seen during the Virunga Mountains hike where you will get to see a number of attractions like the twin lakes of Burera and Ruhondo; you can also see Lake Kivu while on the summit of the different mountains. You will also have a chance to see a number of primate species like the vervet monkey, Mona monkey, to make the experience much more memorable for the tourists. On your arrival to the park, you will be captivated by the beauty of the Virunga Mountains with the dense green vegetation that gives off the most beautiful views.

Volcanoes national park has a lot to offer to ensure that you have amazing experiences and among the different activities that you can carry out cultural encounters in volcanoes national park where you visit the Ibyiwacu cultural village where you will be introduced to the culture of Rwanda through dance where they will perform amazing cultural dances where you can also participate in to make the interaction memorable, traditional dishes are also prepared to the tourists and also lessons are taught for those interested in how to prepare some of the dishes one of the most local dishes that you should not miss is the ‘’Ibiryo’’  which is a mixture of goat’s meat and potatoes a very delicious delicacy. At the Ibyiwacu cultural village, you will get to participate in a number of activities that will make your experience memorable and worthy of repeated visits.

Another of the reasons why you should visit Volcanoes National Park is the safety of the park; the park is secure enough with security personnel that safeguard the park from poachers and also encroachers who can be a threat to the tourists and wild animals in the park. At the park entrance, the security team first checks the tourists for any security threats and after they are then allowed to proceed to the reception area where they are briefed about how the activities in the park should be carried out, the Do’s and Don’ts before they participate in any activity.

During their activities, they are accompanied by a tour guide that is knowledgeable about the area and an armed ranger who will offer security to you during your activities in the park to avoid any accidents like animal attacks during your memorable activities because the park is focused to ensuring that tourists have an amazing time.

Relatively a short distance from the capital city

Another of the reasons why you should visit Volcanoes National Park is the fact that it is relatively a short distance from the country’s capital city and the international airport of the country Kigali international airport. From Kigali City, the park is approximately 114km which takes about two hours and a half minutes to reach the park which is quite a short distance from the city which is quite uncommon for national parks on the neighboring countries for example in Uganda, where tourists can take about 8 hours or a full day to access the different parks. Therefore for tourists interested in accessing parks in the shortest time and visiting the best national parks that will offer amazing experiences they should visit Rwanda to access the park in the shortest time.